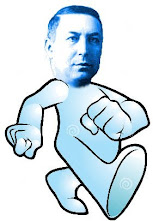 Even though I have in my chess library the 1941 edition of Rubinstein's Chess Masterpieces, 100 Selected Games that was translated by Barnie F. Winkleman and annotated by Hans Kmoch I've played over very few of his games. I can't tell you why, I just haven't.
Rubinstein was born on either December, 1880 or December 12, 1882 depending on the source. He was born in what was described as a squalid ghetto in Stawiski in northeastern Poland. For generations his ancestors had been rabbis and Hebrew scholars.
A few weeks before his birth his father died leaving behind in stark poverty was widow and twelve children. As a result, he was sent to live with his grandparents an eventually he, like his father and grandfather, he became a teacher of the Talmud and a student of Hebrew.
And then at the age of 16 he saw two boys playing chess in the Jewish school (yeshiva) and became captivated by it. At the time the only chess book was one by a player named Joseph Sossnitz, a Talmudic scholar, mathematician and scientific author. Rubinstein absorbed the contents and began concentrating on nothing else but chess. His grandparents cursed the day he learned the game and his mother prayed for his deliverance from the grips of the demon chess, but the game changed his life.
At the age of 19 he heard about George Salve who lived not far away in the city of Lodz. After hearing that there was a real live master living there, that's where Rubinstein headed found a job and played anybody he could, but had little success and he was clearly not cut out to be a chess player. And so, he returned home, but Lodz was still calling, so several months later he was back in Lodz and one day at the chess club he had the audacity to challenge Salwe.
Unlike a lot of Masters and Grandmasters, Salwe indulged him and after Rubinstein won, a quick match was arranged and it was tied at 5-5. Another match was arraigned and Rubinstein scored 5-3 and Salwe was dethroned as Lodz' top player.
A year later Rubinstein was sent to the Russian national tournament in Kiev where he finished 5th. In 1905, he played in the Haupturnier A event of the German Chess Association in Barmen where he tied Oldrich Duras for 3rd. By 1914, he was scheduled to play a match with Emanuel Lasker for the World Championship, but it was canceled due to the outbreak of World War I.
At the end of the war he and his family moved to Sweden where they stayed until 1922 and then moved to Germany. He continued to have some tournament successes, but was never able to arrange another match for the world championship.
After 1932, he withdrew from tournament play and the last years of his life were spent suffering from severe mental illness, living at various times at home with his family and in a sanatorium. According to his son Salomon (Samy) Rubinstein (born March 19, 1927 - died June, 2002, 75 years old) Akiba remained withdrawn and lived mostly in his room, but he did receive visitors, read the papers and kept up with chess and the two often practiced together. See Edward Winter's article on Rubinstein's later years HERE. Probably few players are aware of it, but Samy Rubinstein was a pretty good player himself and was probably of about IM strength.
In the following game game that was played in Lodz 1908, Rubinstein, who was famous for his endgames play, struts his tactical ability against one of the craftiest tacticians of the day, Frank Marshall.

In October of 1908, Marshall visited Lodz in Russian controlled Poland where he played a triangular match with the top two players in the city, Rubinstein and Salwe. Later in the month and in early November, Rubinstein and Marshall played a match, also in Lodz; Rubinstein won 4.5-3.5.
According to Andrew Soltis the Lodz 1908 event was surpassed in strength only by St. Petersburg 1895/96 was stronger. It was a quadrangular event that was won by Lasker ahead of Steinitz, Pillsbury and Chigorin.