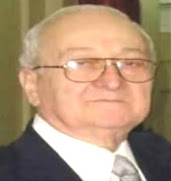 Samuel Schweber (July 16, 1936 - January 1, 2017) was an Argentine International Master who played in several Argentine championships. His best result being in 1963 when he finished 2nd behind Raimundo Garcia and in 1968 when he finished 2nd behind Najdorf. He was born in Zarate, a port city in the northeast of the province of Buenos Aires.
A player with a solid style, Schweber is probably best remembered for his famous loss to Bobby Fischer in the 1970 Buenos Aires international tournament, but he had his share of successes.
In 1955 he finished 9th in the World Junior Championship in Antwerp (Boris Spassky won). He finished 2nd in the 1960 Sao Paulo Zonal tournament, but in the 1962 Interzonal in Stockholm he had a dismal result and finished 19th-20th.
In 1963, he tied for 3rd-5th in the Zonal at Fortaleza with Oscar Quinones and Mauro De Athayde. In the playoff at Rio de Janeiro in 1964 he finished 2nd Quinones.
He played for Argentina in five Olympiads: (1960, first reserve, (1964, third board), (1966, second reserve), (1980, fourth board and (1984, fourth board). Chessmetrics assigns him a high rating of 2578 in 1962 which placed him number 68 in the world.
A good example of his play can be seen in the following game against the (East) German IM Heinz Liebert where Schweber's sudden winning attack seemed to materialize out of nowhere. The game was played in the preliminaries of the Olympiad in Tel Aviv.
Liebert (born May 24, 1936) had a number of successes from the mid-1950s to the mid-1970s: Ulan Bator 1956 (1st), Polanica Zdroj 1966 (2nd), Varna 1969 (4th), Kecskemet 1970 (2nd), Lublin 1972 (=2nd) and Smokovec 1975 (3rd). He's also represented East Germany at every Olympiad from 1962 to 1972.
At Tel Aviv Argentina's team was significantly weaker than usual because the Argentinian Chess Federation offered low prize fund for their national championship and imposed a regulation stating that only top championship players would qualify into Olympic team. As a result their top players (Najdorf, Panno, Rossetto and Julio Bolbochan and others) refused to take part. Thus the team consisted of Erich Eliskases, Raimundo Garcia, Schweber, Bernado Wexler and Raul Cruz.
The team qualified for the finals and finished 9th out of 14 teams. The first three places were taken by the Soviet Union, Yugoslavia and West Germany. The US team (Samuel Reshevsky, Pal Benko, Anthony Saidy, Arthur Bisguier, Donald Byrne and William Addison) finished in a dismal 6th place. The US team got skunked 0-4 by the imposing Russian team (Petrosian, Botvinnik, Smyslov, Keres, Stein and Spassky)

Thankfully we were blessed when the dreaded derecho (pronounced “deh-REY-cho") that was up in Wisconsin late last night and was forecast to hit my neck of the woods around 8 o'clock this morning split in two with about a 125 mile gap between the halves and we were in the gap!
A derecho (“straight ahead” in Spanish) is a fast moving band of thunderstorms with destructive hurricane force straight line winds along the entire span of the storm front that is maintained over a time span of at least six hours.
On August 10–11, 2020, a powerful derecho swept across Nebraska, Iowa, Illinois, Wisconsin and Indiana and caused high winds and spawned an outbreak of weak tornadoes. Some areas reported torrential rain and large hail. Sustained wind speeds of 70 miles per hour (110 kilometers per hour) were prevalent; in some areas wind speeds hit 120-140 miles per hour. As you can see, we have reason to be thankful! 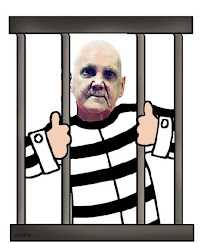 The Norfolk Gambit (aka Prisoner's Gambit) begins with either 1.Nf3 d5 2.b3 c5 3.e4 or 1.Nf3 d5 2.b3 Nf6 3.Bb2 c5 4.e4.
Its inventor, Claude Frizzell Bloodgood III (July 14, 1937 – August 4, 2001, who was also known as Klaus Frizzel Bluttgutt III), once published a book on it titled "Nimzovich Attack." These days it's sometimes called the Nimzo-Larsen Attack because Bent Larsen was notorious for opening games with 1.b3.
No matter what you call the opening, columnist Phillip A. York wrote, "...if you are willing to commit to an attack which will decimate the bean counters of the chess world, this book is for you." That's an exaggeration, I think.
Dale M. Brumfield, an anti-death penalty advocate, cultural archaeologist, American Grotesk history teller and author of 11 books described the gambit's inventor as "quick, sleazy and cheap: a former Virginia death row inmate lied and scammed his way to the top of the chess world." His article on Bloodgood that appeared in Lessons From History HERE is a good 10-minute read.
As for the gambit, although it was a blitz game, Carlsen once played it against Viswanathan Anand and the game is analyzed by GM Igor Smirnov on Youtube HERE.
A while back while playing some 10-minute games online I remembered the Norfolk Gambit and decided to try it. The only problem was I remembered it wrong and played 1.Nf3 d5 2.e4 which I guess you could call the Norfolk Gambit Accelerated. Needless to say, the following game wasn't very well played by either side, but it shows the fun you can have with this gambit. 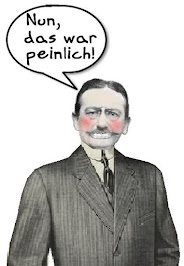 The big news in the world of chess didn't come until December 8, 1910, when Emanuel Lasker defeated David Janowski (+8 =0 +3) in the world championship match in Berlin. Actually, that probably couldn't be called BIG news because Janowsky never had a chance of winning. It was Lasker's last serious chess for three and a half years.
Almost a year earlier in January and February Lasker had played a ten game match against Carl Schlechter. Originally they were to play 30 games, but a lack of money caused it to be shortened to 10 games.
After nine games Schlechter was leading 5-4 (+1 -0 =8) and all he needed to win the match was another draw. At one point in that last game he was actually winning, but instead he managed to lose the game and the match was tied. Was this match for the world championship? Maybe, maybe not. See: chessgamedotcom, Wikipedia and ChessBase
In March, 1910 Britain defeated the US in the 12th cable match. by a score of 6.5-3.5. There had been a series of cable matches starting in 1896 played between the two countries every year (except for a three year gap from 1904-1906) and the last was to be played in 1912. At the end of the matches each team had won six matches and one was drawn.
George Wolbrecht of St. Louis won the Western Chess Association Open (US Open) in Chicago and in England Henry Atkins won the British Championship in Oxford.
About the only other notable chess news in 1910 was the big international tournament in Hamburg. Capablanca was invited but didn't play. He wrote that he had accepted the invitation and was ready to go when illness prevented him from making the voyage. He was adamant that his last minute withdrawal which sparked comments by some players that he was scared away by the strong lineup was silly.
He wrote, "...I was not afraid, and had no reason to be, I soon proved to the satisfaction of all, when the following year I won the first prize in the strongest tournament that has ever been held: the first San Sebastian tournament."
Hamburg was Yates' first important international tournament and Tarrasch objected to his inclusion because Yates wasn't strong enough to be playing in such an important event. Naturally, Tarrasch lost to Yates.