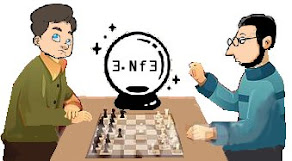 With the long holiday weekend now over it's time to get back to chess. With my neck of the woods seeing a surge of Covid, our usually large family get together didn't happen this year and everybody had a quiet meal at home with only their immediate family attending.
Also, we had the last good weather until next spring. The weather forecast for today is crappy turning crappier. The day dawned with an all day drizzling rain that will be changing to a predicted 6-10 inches of snow tonight.
I had a nice post already to go, but accidentally deleted it and don't feel like trying to reconstruct it, so today I thought I would post a link to an interesting (and scary) article from a paper I just read titled Aligning Superhuman AI with Human Behavior: Chess as a Model System. Download pdf of the paper HERE.
There is a program called Maia, a version of Leela, which has the goal of having the engine play not necessarily the best move, but human-like moves over 50 percent of the time. According to Maia's website the program is learning to predict moves made by online human players that are based on the players' ratings.
Predicting situations where humans err is the main goal behind this joint project of the University of Toronto, Cornell University and Microsoft Research, but it can potentially make a big difference to the statistical evidence tools to detect cheaters.
Engines have already destroyed correspondence chess for all but a handful of players dedicated to doing very deep research on powerful computers. I was just wondering what's in the future for the game when engines can predict a GMs move half the time?
Posted by Tartajubow at 1:40 PM No comments: 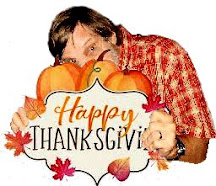 Wishing all readers who celebrate it a Happy Thanksgiving. If you don't celebrate the day have a great rest of the week.
By the way, if your are interested in the real Thanksgiving story you can read my post from last year HERE.
Posted by Tartajubow at 8:48 PM No comments: 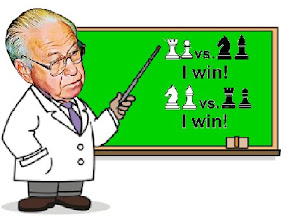 In online games one of my favorite openings is the Four Pawns Attack against the King's Indian; in fact, sometimes I go overboard and play the Five Pawns Attack where I play g2-g4 (after h2-h3 if necessary) right in the opening. Seriously, there is no such thing as the Five Pawns Attack; I made it up. I just really like the Four Pawns Attack which was played in the following game.
Many times I've run into online opponents willing, even eager, to sacrifice B and N on f7 (or f2) for a R and P. Apparently their thinking is that in doing so they are playing tactically and justify the "sacrifice" because two minor pieces are worth about six Pawns and so are a Rook and a Pawn and that makes it an even trade, plus they are weakening the enemy King’s position. Is such a trade a good idea?
According to GM Lev Zaitsev in endgames a Rook is better especially if the side with the Rook also has a passed Pawn, but in a complicated middle game it is much easier to create an attack with the two minor pieces.
GM Mark Dvoretsky wrote that in the endgame a Rook is frequently stronger than two minor pieces. It happens when the Rook penetrates into the opponent's camp and wins some material or when there is an opportunity to create a passed Pawn.
So, generally speaking we can conclude that in the middle game two minor pieces are better and in the ending a Rook is better.
On the other hand Tal confessed his favorite sacrifice was to give up two minor pieces for a Rook. i.e. he preferred the Rook! He claimed this paradox is valid in an endgame especially when the Rook fights against a Bishop and a Knight that are not cooperating very well. The paradox is true in a middle game, too, providing that a Rook has an open file, or better yet, files.
For most of us the most accurate evaluation of the situation comes from GM Arthur Bisguier who believed that against a weaker opponent he could win with either side. Thus, the answer as to which is to be preferred can be determined by answering the question, "Am I the stronger player?"
Case in point...in the following game which was played online just before Christmas last year I opened with the Four Pawns Attack and we ended up in an ending where I had a R+3Ps vs. a B+N+3Ps. As it turned out, Bisguier was right...the stronger player won. 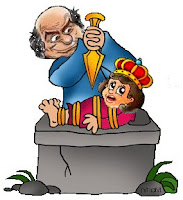 In 1958 the World Student Chess Championship was held from 5th to 20th of July at the spa Zlatni Piasatsi (Golden Sands) near Varna, Bulgaria on the Black Sea coast. Sixteen teams, a record number, participated.
It was a particuarly strong event because some of the students, Tal, Filip, Panno, Olafsson and Sanguineti had played in the Interzonal at Portoroz where Tal and Olafsson qualified for the candidates' tournament. Also playing were Spassky and 8 IMs.
The winning Soviet team consisted of Mikhail Tal, Boris Spassky, Bukhuti Gurgenidze, Aivars Gipslis, Alexander Nikitin and Yury Nikolaevsky.
The US team was William Lombardy, Edmar Mednis, Anthony Saidy, Arthur Feuerstein and Robert Sobel.
The day before the famous Bobotsov vs. Tal game, after Tal had finished his regular game he played speed chess against Nikola Padevsky and in all the games Tal played black. The games all were the same variation in which Tal sacrificed his Q for two minor pieces with mixed results.
Bobotsov was among the spectators and one version of the story is that Bobotsov said to Tal that he would never risk it in a serious game. Tal's reply was that he thought it was good and the two of them agreed to play it the next day.
According to Jiri Vesely in the book White and Black Memories, when Bobotsov and Tal met the next day the opening moves, the same variation Tal had been experimenting with against Padevsky, were blitzed out as Bobotsov was anxious to find out what Tal had prepared instead of the Q sacrifice. Without flinching Tal played the Q-sac and the surprised Bobotsov, looking a bit embarrassed, took the Q and then lost quickly.
It's quite possible that Tal knew of the game played about a year and a half earlier in the 1956 semi-finals of the 24th USSR Championship at Kharkov between Zamikhovdsky and Nezhmetdinov. That game didn't attract much attention, but it had featured the same Q sacrifice in a slightly different position and had ended in a draw.