Here is some more on the sacrifice of the exchange based on instructions from that master of attack, Rudolf Spielmann.
Spielmann observed that the absolute values are what form the basis on which most exchanges are made, i.e. Q= 9, R=5, B and N = 3 and P=1. However, it is the relative value that is the decisive factor for positional play and especially for sacrifices. To wit:
1) The simpler the position, the more the absolute value carries weight.
2) The more complicated the position, the more the relative value of the pieces gain in importance.
When it comes to the sacrifice of the exchange it is never an exactly even transaction so you either win the exchange or you lose it. Exchange sacrifices are dependent on specific positional and tactical factors.
Spielmann offers the following helpful definitions:
1) Any voluntary loss in material counts as a sacrifice.
2) The sacrifice of the exchange is when a Rook is given up for a minor piece and a Pawn.
3) The term sacrificing the exchange when applied to situations where a Rook is given up for a minor piece and two Pawns is incorrect; it should be wins two Pawns for the exchange.
4) The sacrifice of the exchange can serve any purpose. It can be a sacrifice for:
a) Development
b) An obstructive sacrifice, a sacrifice intended to blockade a square, file, rank or diagonal.
c) A sacrifice designed to expose the opponent's King.
In all cases, the sacrifice of the exchange is designed to improve the position of the minor pieces.
Here is a case in point taken from the game Spielmann vs. Tarrasch that was played in Carlsbad 1923. Spielmann gave this game in his classic The Art of Sacrifice in Chess. A great attacker and sacrificial player, in this book he classified various tactical motifs, but as with almost all of those old books from pre-engine days, analytical errors abound in the examples. Still, there is a lot to be learned from the book and even if his evaluations and play in the following game were not always correct, they worked against the great Tarrasch which says something...we can learn ideas from them and maybe use theme in our own games.

The Exchange Sacrifice in the Sicilian 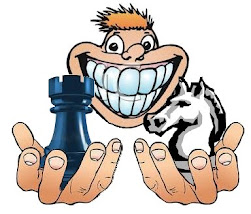 This sacrifice of the exchange is not a great sacrifice because the exchange is, materially speaking, worth less than a piece. That is, a R is worth 5 Ps while a piece is worth 3 Ps, so the difference in point value is two Ps. And, there are many positions in which the Rook is unable to exercise its full power, or where a well-placed N or B may be exceptionally powerfully posted.
The sacrifice of the exchange is often a way of trying to exploit special features in a position; in those cases the superficial material valuation of five points against three is meaningless. Of course the sacrifice of the exchange is even better for the side giving up the Rook if that side also gets one or more Pawns.
When deciding on whether or not to sacrifice the exchange masters rely mostly on calculation and the feel for the position rather than general considerations. However, here are a couple of rules of thumb that can be used as a guideline by the rest of us.
A) You can get an attack or a passed Pawn
B) Sacrifices that weaken the opponent’s P-structure or which lead to a strong initiative will likely give winning chances.
When sacrificing the exchange it is wise to take the following generalizations into consideration:
A) With only a Pawn for the exchange the chances are it's an even exchange.
B) With just a R for N (no Ps) your opponent may be able to return the exchange and win a P himself.
C) If your opponent does not have a B, two Bs can sometimes equal a R and N.
D) If the Ps are all on one side of the board, there is less danger of losing the ending for the side that is down the exchange.
In the Sicilian Defense a black R often finds itself on c8 from where it puts pressure along the half-open file and so white, especially if he has castled Q-side, must always be on the lookout for a positional sacrifice of the exchange by black.
The ...Rxc3 exchange sacrifice is one of the most well known tactical patterns. This sacrifice can be used to serve several different purposes. Actually, although it is most dangerous if white has castled Q-side, ...Rxc3 can be played regardless of which side white has castled on as it can be used for either immediate or long-term gains.
In positions where the players have castled on opposite sides it is likely to lead to very sharp positions. In this case both sides must balance their attack on the enemy K with the defense of their own. To do this requires experience, knowledge and intuition which is something we non-masters do not have to a great degree!
For the serious student who wants to gain knowledge of the exchange sacrifice studying a book such as The Exchange Sacrifice, A Practical Guide by Sergey Kasparov, a GM from Belarus, might be worthwhile. The nice thing about the book is the over 200 illustrative games.
Efim Geller is best remembered for his tactical ability and original attacking style which characterized his early career. In later years he became a more rounded player and an expert on openings.
He knew all about the ...Rxc3 sacrifice of the exchange in the Sicilian and we see him carry it off against Isaac Boleslavsky in their amazingly complicated game in the Zurich Candidates Tournament in 1953.
In his classic book on the tournament David Bronstein gave the impression that Geller had the game in hand from almost the beginning. Of course, with the benefit of engines we see that was not the case. In fact, the complications were so great that in going over this game I ran more Shootouts to get some idea of the results than I have in any game I have recently posted! As a reminder, Shootouts allow you to use one or more engines to play out the rest of the game at different ply depths with the sides being changed after each game.