My New Chess Programs and Engines 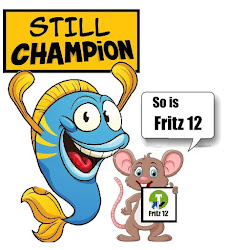 Of late I have been doing a lot of tinkering with a couple of new chess programs on my laptop (Fritz 17 and Chessbase 16) and a slew of new engines, including Komodo 14.
Komodo 14 is unique in that in addition to the standard version there are seven other playing styles: aggressive, defensive, active, positional, endgame, beginner and human.
According to Komodo's site this allows you to simulate different styles or strengths of human opponents. And for analysis purposes, you can, for example, use the aggressive mode whenever you suspect that the position offers enough attacking potential for a win, or go into the positional mode if the position demands careful strategic play.
I decided to run an engine tournament of 5-minute games to test the various engines. Clearly Stockfish is still champion.

While looking at the CCLR engine rating site I noticed one of the top engines is Ethereal 13.25 64-bit 4CPU which is a commercial engine that I had never heard of. I noticed that it has not beaten any of the top engines, only drawn with them, but curiosity won out and I decided to check it out.
Ethereal can be downloaded in both a free (Standard) version and a commercial NNUE (Efficiently-Updated Neural Network) version. The commercial version costs $40. Visit site
One review of the engine that I read described it as having an interesting playing style that reminded the reviewer of "a strong coffeehouse player."
The Standard (free) version will run on any 64-bit machine, with source provided for Linux users and binaries provided for Windows users. The NNUE version requires a CPU with the SSSE3 instruction set (which almost all CPUs have) and will not run on systems lacking these instructions.
I tested the engine (Standard version) in some 5-minute games against Stockfish 14.1 (SF scored +9 -0 =6) and Komodo Aggressive (Komodo won +4 -0 =1). Clearly Stockfish is still the best engine available and it's free.
Using Fritz 12, I tested Ethereal in what is known as the Sparring Mode. This mode is claimed to be "an excellent training level for moderately advanced players. The program plays a reasonably strong game, but at the same time makes tactical errors. If the program finds a move that allows the opponent to gain a tactical advantage in a clever way, it will play that move. It is a very realistic human style, the kind you encounter in a chess club."
You can select the grade of difficulty of the tactics: Very Easy (Elo of around 1400), Normal (players between 1700 and 1900) and very hard is for players from 1900 all the way up to GMs. At least that's what they claim.
I won two Sparring games against Ethereal in the Normal Mode, but I am not sure if it played like a 1700-1900 player or if it played in a coffeehouse style.