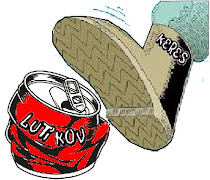 In his 1945 book Animal Farm: A Fairy Story, George Orwell wrote about how the animals of Manor Farm overthrew their human masters and renamed the property Animal Farm.
They adopted the Seven Commandments of Animalism, the most important of which is: All animals are equal. However, the animals were betrayed by their leaders, the pigs, and their revolutionary commandments were rewritten and compressed into one: All animals are equal, but some animals are more equal than others.
Likewise, in chess, some positions may be evaluated as equal, but some are more equal than others. That's the case in the Keres vs. Lutikov game given below...see the note to black's 10th move.
The year 1971 was a monumental one. Chess lost six players: IM Hans Mueller (1896-1971), the 1947 Austrian champion. IM Emil Richter (1894-1971), the 1948 Czech champion. IM and Correspondence GM Olaf Barda (1909-1971), six time Norwegian champion. IM Carel van den Berg (1924-1971)vthe Dutch correspondence champion in 1943. Jose Joaqin Araiza Munoz (1900-1971), the Mexican champion in 1957. And, Soviet GM Alexander Zaitsev (1935-1971) died of a blood clot after having a leg lengthened.
The chess world is also feeling the effects of an event that took place that year. By 1967, a chess program developed at the Institute for Theoretical and Experimental Physics had defeated one of the programmers. Then, in 1971 at the Institute of Control Sciences its successor named Kaissa was introduced. In 1972 the program played a correspondence match against readers of a popular Russian newspaper which was won by the readers, 1.5-0.5. Kaissa became the first world computer chess champion in 1974 in Stockholm.
The success of Kaissa can be explained by the many innovations it introduced. It was the first program to use bitboards. It was also armed with a 10,000 move opening book and it had a novel algorithm for move pruning. Other features included searching during the opponent's move, null-move heuristics and it had algorithms for time management. All new stuff at the time.
The development of Kaissa was stopped the Soviet government in 1980 when the decision was made that the programmer's time was better spent working on practical projects.
In January, 1971, the top 10 players were Fischer (2740), Spassky (2690), Korchnoi (2660), Larsen (2660), Petrosian (2640), Portisch (2630), Botvinnik (2630), Geller (2630), Polugaevesky (2630) and Tal (2620).
Of course, the biggest news story that year started in June when Bobby Fischer crushed Mark Taimanov 6-0 in the Candidates match in Vancouver in what was the first shutout of a GM in history.
When Taimanov returned to the USSR he was banned from playing outside the country for several years and was stripped of his title Honored Master of Sport title. That wasn't punishment enough so he was not allowed to give any more piano concerts andwas banned from writing any articles and was deprived of his monthly stipend.
Then in July Fischer beat Bent Larsen in Denver with the score of 6-0. Finally, in October Fischer defeated Tigran Petrosian in the Candidates match in Buenos Aires by scoring 5 wins, 3 draws, and 1 loss to become challenger for the world championship. For his punishment Petrosian was fired from his job as editor of the Russian chess magazine 64.
With all that going on there was a tournament in Parnu, Estonia that escaped notice. Parnu is a holiday resort on the Baltic Sea with a fairly long chess tradition. Next to Tallinn it is the most important chess center in Estonia.
Paul Keres once lived in Parnu and it was while living there that in 1929 he played in his first tournament and played hundreds of correspondence games; he was also living there when he won the championship of Estonia in 1935.
Parnu also has one of the oldest chess clubs in Estonia. Founded in 1896, the Club celebrated its 75th anniversary in 1971 with a jubilee tournament that pitted several Soviet GMs against some of the best Estonian masters.