Tolush and Tal In a Dogfight 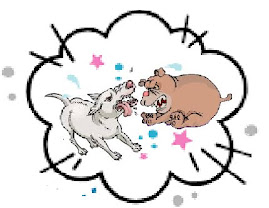 One of the more interesting news stories of 1959 was that of US Marine Corps pilot Lieutenant Colonel William Rankin (October 16, 1920 – July 6, 2009), a veteran of WWII and Korea. He was flying an F-8 Crusader jet fighter over a cumulonimbus cloud when the engine failed, forcing him to eject and parachute into the cloud On July 26, 1959.
Rankin was flying from Naval Air Station South Weymouth, Massachusetts to Marine Corps Air Station Beaufort in South Carolina. He climbed over a thunderhead that peaked at 45,000 feet then at 47,000 feet and at 629 miles per hour (mach 0.82) he heard a loud bump and rumble from the engine. The engine stopped, and a fire warning light flashed. He pulled the lever to deploy auxiliary power, and it broke off in his hand.
Though not wearing a pressure suit, at 6:00 pm he ejected into the 58 degree below zero atmosphere and suffered immediate frostbite and decompression caused his eyes, ears, nose, and mouth to bleed. His abdomen swelled severely, but he managed to use his emergency oxygen supply.
Five minutes after he abandoned the plane, his parachute had not opened. While in the upper regions of the thunderstorm, with near-zero visibility, the parachute opened prematurely instead of at 10,000 feet because the storm had affected the parachute's barometric switch and caused it to open.
After ten minutes, Rankin was still aloft, carried by updrafts and getting hit by hailstones. Violent spinning and pounding caused him to vomit. Lightning appeared, which he described as blue blades several feet thick, and thunder that he could feel. The rain forced him to hold his breath to keep from drowning. One lightning bolt lit up the parachute, making Rankin believe he had died.
Eventually conditions calmed and he descended into a forest. His watch read 6:40 pm. It had been 40 minutes since he had ejected. He searched for help and eventually was admitted into a hospital at Ahoskie, North Carolina. He suffered from frostbite, welts, bruises, and severe decompression sickness. He is the only person to have survived a fall through a cumulonimbus cloud.
On January 4, Bobby Fischer, age 15 and rated 2665, again won the US Championship with 6 wins and 5 draws. His prize was $1,000. On October 31, 1959, Mikhail Tal (1936-1992) won the Candidates Tournament at Bled.
Stories abounded about how Tal tried to unnerve his opponents by staring at them while they were thinking causing some players to think he was trying to hypnotize them. A couple of Yugoslav reporters asked Benko, who had brought a pair of sunglasses to wear during his game with Tal, to pose for a famous photo plus they got a good story for their papers. Later, Benko stated he only wore the glasses as a stunt, not because he believed he was getting the evil eye from Tal.
In a tournament that was unreported in US chess magazines, Boris Spassky scored a crushing victory in Riga when he scored +10 -0 =3. Even so, he was hotly pursued by an unlikely player, Vladas Mikenas who also won 10 games, but lost his individual game against Spassky in round 6.

Going into the last round Spassky had 11 points and Mikenas 10 points. Mikenas defeated Joachim Franz in an interesting ending in which he had two Bs and 3 Ps against a B, N and 3 Ps. Franz got mated.
Spassky played Wolfgang Pietzsch and their ending was one with two Bs and 5 Ps that was drawn.
Mikhail Tal (November 9, 1936 - June 28, 1992), The Magician from Riga, met another imaginative attacking player, Alexander Tolush (May 1, 1910 - March 3, 1969) who at one time was one of Spassky's mentors; he was also Keres'a trainer. Chessmetrics assigns him a high rating of 2704 for January, 1951 placing him at number 12 in the world.