You Should Try Weird Openings! 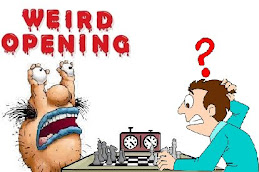 Unless you're trying to improve or are preparing for a serious tournament, you should give some weird openings a try!
Online I often play 1.h4 or 1.g4 and with black I like to meet 1.e4 with 1...g5. The Grob Attack (1.g4) has long been one of my favorite openings dating back to the days of my serious postal play, but the Grob Defense (1...g5) is a recent addition to my repertoire. I like it because it befuddles a lot of opponents.
This weird stuff is often successful because many opponents get frustrated that they can't play their favorite opening or often they try to get an immediate advantage and may end up making rash decisions in the hopes of getting an immediate mate. This is unwise because there is rarely an instant refutation and so the best results will be gotten by playing sound opening moves.
As Eric Schiller observed in his book Unorthodox Chess Openings, these weird, contentious, controversial, unconventional, arrogant and outright strange openings fly in the face of tradition, but they can be filled with tricky surprises.
As is usually the case, more often than not these openings result in games being decided by tactical means as seen the the following game. It features a pseudo-sacrifice of my Queen...I actually got sufficient compensation for it. The game was decided by the side making the last blunder. 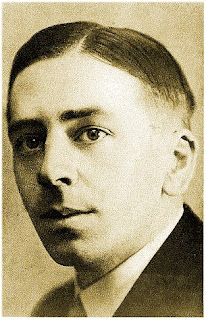 Every chessplayer has at least heard of Alekhine's great victory at San Remo 1930, but probably few are aware that San Remo also hosted the first international chess tournament in Italy in 1911. It was organized by the German master and writer Theodor von Scheve.
Hans Fahrni of Switzerland was undefeated in a strong field while Miss Kate Belinda Finn won the Ladies' Tournament; she was the first British Women's Champion in 1904 and defended her title in 1905.
San Remo is a city on the Mediterranean coast of northwestern Italy. In modern times it has a population of about 55,000 and is known as a tourist destination on the Italian Riviera. It hosts numerous cultural events, such as the famous San Remo Music Festival and the Milan–San Remo cycling classic.
The 1930 tournament was played from January 16th to February 4th. The games were played in the casino during the day and in the evening the playing hall was used for dancing.
After taking the world championship from Capablanca in 1927, Alekhine dominated chess into the mid-1930s and San Remo was one of his move famous victories. He dominated the field with a score of 14.0-1.0, finishing 3.5 points ahead of Nimzovich.
In great tournaments like this one it's often forgotten that other great players were participating and they also produced some enjoyable games. One such game was the Colle-Bogoljubow contest in which Colle used his famous opening.
Belgian master Edgar Colle (May 18, 1897 - April 19, 1932) is remembered today primarily for the Colle System with which he scored excellent results in major international tournaments. Unfortunately his career was short and hampered by ill health because he suffered from gastric ulcers, or as they are sometimes called, peptic ulcers.
A gastric ulcer is an of erosion in the stomach lining, resulting in abdominal pain, possible bleeding and other gastrointestinal symptoms. The most common cause is a stomach infection associated with a bacteria. The spread of the bacteria among humans is not completely understood, but it's believed it may spread through contaminated food and water. Many people become infected at a young age, but symptoms most commonly occur in adulthood.
Damage to the stomach lining from stomach acid increases the likelihood that the bacterial infection will result in a gastric ulcer. Severe illness has also been associated with developing a gastric ulcer.
Symptoms include abdominal bloating, burning and pain, belching, loss of appetite and nausea. More severe symptoms can include bloody stools, severe abdominal pain and vomiting blood or black material that resemble coffee grounds.
Up until the discovery in 1982 of the bacteria causing peptic ulcers it was believed they were caused by lifestyle choices that could include consuming a diet rich in spicy foods and an inability to properly manage emotional and personal stress. A paper published in 1967 even reported that peptic ulcers appeared in families with dominant and obsessional mothers.
It was believed these factors resulted in an overproduction of gastric acid, leading to the formation of ulcers. Because of this, treatment for peptic ulcers at that time was limited to adopting a bland diet, bed rest, and taking medications that blocked new acid production and neutralized existing acid. This alleviated symptoms, but did not cure them.
Not everyone who is infected will develop peptic ulcers, but researchers have established a link between the bacterial infection and gastric cancer, which is the 14th most common cause of death worldwide.
Surgery for gastric ulcers is rare these days, but it used to be performed fairly routinely to take out the part of the stomach. Colle survived three difficult operations for his gastric ulcer, but died in Ghent at the age of 34 after a fourth.
Hans Kmoch described Colle as courteous, kind and chivalrous although for all the time Kmoch knew him, Colle was always sick. According to Kmoch, Colle had a "feeble, bloodless little body, always trembling with cold, always bent with pain. Rarely was he able to take any solid nourishment." In spite of this, according to Kmoch, he never complained, was always in good humor and never asked for any special consideration.