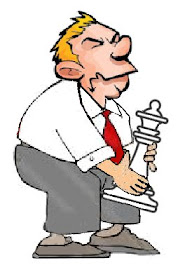 My post of June 23rd featured a classic Capablanca game in which he brilliantly defeated Tartakower in an instructive ending. Then in my last post we looked at a Pachman game on Rook handling that was taken from his Modern Chess Strategy.
In the post on Capablanca's game I mentioned that in the New York 1924 tournament he suffered his first defeat in eight years when Reti defeated him. In the chapter on the Queen in Pachman's Modern Chess Strategy he gave Reti's win as an example of how to handle Queens, so let's take a look at that instructive game.
But, before we look at the game, let's talk about Queens. Its main characteristic, both in the middlegame and in the ending, is its mobility and the way it can smoothly and quickly switch from one side of the board to the other.
If you want to see a classic example of the Q switching operations from the Q-side to deliver a decisive attack against the King on the other side check out Bogoljubow-Mieses, Baden-Baden, 1925 HERE.
Note how at move 21 Bogoljubow's Queen lands on a6 and on move 24 it delivers a devastating check on f6 even though it took the sacrifice of a Bishop and a Rook to deliver the check!
The following game is pretty famous, but it's still worth looking at even if you have seen it before. Besides the clever play with his Queen, Reti opened with the Reti Opening, 1.Nf3. In 1923 Reti published his famous Modern Ideas in Chess in which he discussed this new openings and the new strategic approaches of what was known as the Hypermodern School.
The book and Reti's 1.Nf3 were not accepted by everybody. Ernst Gruenfeld called 1.Nf3 a terrific weapon and Aron Nimzovich thought it was an opening of the future. On the other hand, Richard Teichmann called it an "opening of the dull" and Siegbert Tarrasch described it as the "introduction to a profound, but in my opinion also completely mistaken system."
When Reti opened with 1.Nf3 Capablanca equalized without much trouble, but soon lost his way. It's interesting to note that in the March 23, 1924 issue of The Brooklyn Daily Eagle the opening was called the Zukertort and that Capablanca chose what was at the time considered an irregular defense.
According to the paper "the game drifted into a double fianchetto" and was fairly even. Then shortly before adjournment Capablanca opened the position and brought his Queen active into play, but Reti succeeded in surrounding it. Reti sealed his 31st move in a winning position. Upon resumption in the evening session it was announced that Capablanca would resign if Reti had sealed a correct move. He had and so Capablanca lost his first game since St. Petersburg in 1914. Reti's win boosted him to a 2-2 (one game adjourned) while Capablanca dropped to 2-3.