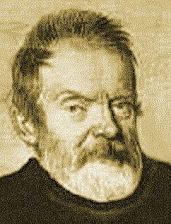 Somewhere around 1625 Greco produced a manuscript that consisted largely of games with pretty tactics in which one player went all out for a mate while his opponent was trying to gather as much material as possible; no consideration was given to what might be the best defense. He never named the players which leads to the belief that the games were fabricated. No matter, they served as examples of brilliant tactics. We could call Greco the Sam Loyd of his day!
Gioachino Greco (1600-1634, dates uncertain) was an Italian player and writer who recorded some of the earliest games known. No doubt the strongest player of his day he defeated the best players of Rome, Paris, London, and Madrid.
Greco's writings outlined the rules of chess, gave advice, and presented instructive games. Originally written for his wealthy patrons, the manuscripts were later published after his death and became very influential.
The name Greco is assumed to be indicative of a Greek heritage and the Calabria region of Italy in which Greco was born has a long history of Greek immigration and use of Greek as the vernacular. Willard Fiske (in The Book of the First American Chess Congress, 1859) suggested that Greco was born in Morea, Greece, before moving to Calabria. 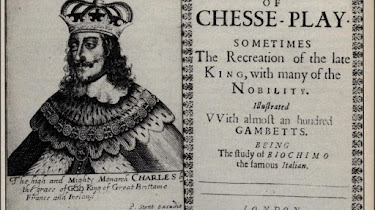 Little is known about Greco's life and the most reliable information about his life comes from his manuscripts. He apparently showed an early aptitude for chess because he left home at a young age to make a living playing chess. Botvinnik considered him to be the first professional player.
By 1620 Greco had become experienced enough to write his earliest dated manuscript, Trattato Del Nobilissimo Gioco De Scacchi (Treatise On The Most Noble Game Of Chess), copies of which were given to his patrons in Rome.
Greco is said to have traveled to Paris, although this visit is not mentioned in existing manuscripts. There he continued to have great success and scored victories over the strongest French players of the day: Duc de Nemours, M. Arnault le Carabin and M. Chaumont de la Salle. These victories brought him both fame and money.
By 1622 Greco was traveling to England with a large sum of money when he was apparently waylaid and robbed. Nevertheless, he continued to London where he played the English chess elite. During his stay in London Greco began recording entire chess games rather than just instructive positions as had been the usual manner.
He returned to Paris in 1624 and began rewriting his collection of manuscripts and it's unclear whether he actually played the games or (most likely) fabricated them.
Greco soon left Paris for the court of Philip IV in Spain where he managed to defeat all his opponents. By this time it was clear that having defeated the best players in Rome, Paris, London and Madrid, Greco was the best player in the world.
From Spain Greco traveled to the West Indies where he was said to have succumbed to disease soon after arriving. The exact date of his death is unknown, but most sources give it as about 1634. His chess earnings were given to the Jesuits.
Greco's games (whether played or composed) are examples of the Italian Romantic School in which development and material were eschewed in favor of aggressive attacks on the King. Greco paved the way for many of the attacking legends of the Romantic Era such as Philidor, Anderssen and Morphy.