In US chess news, in 1953, Mona Karff won the Women's Championship and Bobby Fischer played in his first real tournament, the Brooklyn Chess Club championship; he finished in 5th place.
In 1953, the USCF awarded the 1954 Open to Hollywood, but a month later they rescinded the award because of a disagreement between the USCF's tournament committee and the sponsors. The Hollywood sponsors wanted to have the Open in a number of sections in order to guarantee larger cash prizes for the master section while the lower sections would have to settle for just crappy trophies. As a result the USCF awarded the tournament to sponsors in New Orleans and in the process stepped in a little excrement. 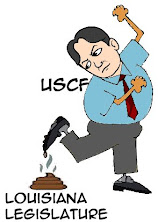 In 1954, before the Open took place, in the final days of its session the Louisiana State Legislature passed several segregation laws which made it illegal for the tournament to accept entries from minority players. The Legislature's action came too late for the USCF to change venues and so they were faced with either accepting the restrictions or canceling the tournament as a matter of principle.
The USCF took the stand that because organizers in New Orleans had acted in good faith and had spent a lot of money, time and energy in promoting the event and they too had been caught off guard by the new laws, it was decided to go ahead with the tournament which was won by Larry Evans.
The 1953 Open was held in Milwaukee, Wisconsin with a record setting 181 entrants and an exciting finish saw Donald Byrne defeat Max Pavey and edge him out by 1/2-point.
Before the start of the tournament considerable excitement was generated when one of Europe's most successful players, Nicolas Rossolimo of France, entered. He has just returned to the US and had announced his intention to become a citizen and he was the only entrant higher rated than US Champion Larry Evans who had not been in good form of late. This event was to be Rossolimo's first tournament in the US. Also, Arthur Dake and Isaac Kashdan had submitted their entries. Dake finished with a disappointing 8.5 while Kashdan did not show up.
There were numerous upsets in the opening rounds. For example, Class A player Walter Grombacher defeated Al Horowitz in a Pawn ending with Bs of opposite color and Curt Brasket upset Arthur Dake.
The outcome of the tournament remained in doubt until the end. Going into the last round Byrne was leading with 9.5 points. He was followed by Pavey, James T. Sherwin, Horowitz and Brasket with 9.0.
Next were those with 8.5 points: Rossolimo, Frank Anderson, Eliot Hearst, James B. Cross, Miroslav Turiansky, Karl Burger and Joseph Shaffer.
In the last round Brrne defeated Pavey, Sherwin and Horowitz drew and Brasket lost to Rossolimo. Anderson defeated Dr. Bella Rosa, Hearst defeated George Krauss, Cross defeated Evans, Turiansky and Burger drew with each other and Shaffer drew with Bisguier.
What happened to Evans and Bisguier? As mentioned, Evans was in bad form, but he won his first four games before drawing with Sherwin and Rossolimo. Then losses in the next two rounds to Hearst and Brasket put him out of contention.
Bisguier lost to Alex Kevitz in round 4 and Sherwin in round 12, but it was his five draws that kept him from being in the race.
An exciting game was played between a couple of lesser players, Rudolf Pitschak of Cleveland, Ohio and Richard McClelland (January 24, 1932 - July 20, 1997, 65 years old) of Omaha, Nebraska. He was Nebraska State Champion in 1957, 1958, 1966 and 1972 and a three-time winner of the Omaha City Championship (1954, 1957, 1958). He was awarded the International Correspondence Master Title in 1996.
On the December 1953 rating list Pitschak was provisionally rated at 2265 based only on the US Open. In those days that was an Expert rating as a Master rating was 2300-2499. McClelland was rated 2033 which was Class A (1900-2099). In this event Pitschak tied for places 27-42 (34th on tiebreaks) with 8 points. McLellan tied for places 56-85 (67th on tiebreaks) with 7 points.