Two Minor Pieces or Rook and Pawn...which to choose?!

I can’t tell you how many times I’ve run into Internet opponents willing, even eager, to sacrifice B and N on f7 (or f2) for a R and P. Apparently their thinking runs two minor pieces are worth about 6 pawns and so are a Rook and a pawn, so it’s an even trade, plus they are weakening the enemy King’s position. However, in reality, is it a good idea? For example, the position below shows the skeleton of White’s having sacrificed two minor pieces on f7 for a R and P. What’s the result? 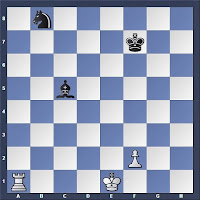 GM Zaitsev wrote “… experience shows that in endgames, especially if a passed pawn exists, the player who has a Rook has a better position. It is a different situation in the complicated middle game. Here it is much easier to create an attack having two minor pieces."
GM Mark Dvoretsky wrote, "In the endgame a Rook is frequently stronger than two minor pieces. It happens when the Rook penetrates into the opponent's camp and wins some material or when there is an opportunity to create a passed pawn." From reading these quotes it would seem that in the middle game two minor pieces are better and a Rook is better in the ending.
Tahl wrote, "I have to confess that it is my favorite sacrifice to give up two minor pieces for a Rook. If an exchange sacrifice can be treated as an admission that a Rook can be weaker than a minor piece, then in this case we have a statement that a Rook is frequently stronger than two minor pieces. This paradox is valid in an endgame too, especially when the Rook fights against a Bishop and a Knight and they are not cooperating very well in that particular situation. This paradox stays true in a middle game, providing that a Rook has an open file (or better yet, files!)."
It is common knowledge (though apparently not among a lot on online players) that in the opening it is generally not a good idea to give up two minor pieces for a Rook and a pawn because there are usually no open files for the Rook so the sacrifice is usually unsound; the minor pieces are better for attacking purposes.
Sometimes endings are different. A passed pawn is practically always a decisive factor. But two minor pieces can sometimes stop a passed pawn, the lone Rook is helpless in most cases.
GM Greg Serper wrote, “Just look at the resulting position and if you have better placed pieces and the initiative…(you will be better regardless of which combination of pieces you have.)”
World Correspondence Champion Hans Berliner gives the following valuations, based on experience and computer experiments:

• pawn = 1
• knight = 3.2
• bishop = 3.33
• rook = 5.1
• queen = 8.8
Berliner also made adjustments for the rank and file of the Pawns and adjustments for the pieces depending on how open or closed the position is. Bishops, rooks, and queens gain up to 10 percent more value in open positions and lose up to 20 percent in closed positions. Knights gain up to 50 percent in closed positions and lose up to 30 percent in the corners and edges of the board.
The R has the least value in the opening and Purdy observed that the biggest jump happens “with the last exchange of pieces just before the ending.” He said that if you add a piece to each side, the minor pieces increase in value.
Purdy gave the following breakdown:

Playing around with different positions in the Shredder Endgame Database reveals that in most cases the two minor pieces draw against a R and P if they are the only pieces on the board. In fact the position at the beginning of this post is drawn.
Are you confused yet? GM Arthur Bisguier said that against a weaker opponent he could win with either side!  Maybe that’s the best rule concerning this situation…be the stronger player!
In the following ending I recently played online, while not a two minor piece vs. R and P ending, it has some interesting points.