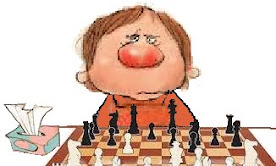 Two COVID vaccines, a booster and one of those high dose flu shots apparently does not stop one from getting an old fashioned common cold! You know, runny, stuffy nose and nasal swelling, congestion, sneezing, sore throat, cough, headache and mild body aches. It's been so long since I've had one I forgot how really miserable they make you feel!
The common cold is caused by more than 200 different viruses. Rhinovirus is the most common cause, accounting for 10 to 40 percent of colds. In the United States, colds account for more visits to the doctor than any other condition. Adults get an average of two to four colds per year, mostly between September and May. Young children suffer from an average of six to eight colds per year.
Colds are highly contagious. They most often spread when droplets of fluid that contain a cold virus are transferred by touch. These droplets may also be inhaled. You can catch a cold through your eyes! When an infected person coughs or sneezes, they release tiny droplets into the air and if these droplets get on to your hands, you can pass them into your eyes by touching them. The virus can travel to the nose and throat through a duct that links the eyes and nasal cavity. The best way to avoid letting the virus get into your system is to wash your hands regularly, especially after touching potentially infected areas.
The germs that cause a common cold can live for up to two days outside of the body. They can be living on doorknobs, computer keyboards, smartphones, tablets, drawer handles, bottles and jars.
Symptoms in the head (runny nose, watery eyes or headache) make it a “head cold.” A congested chest and a cough that won't quit is a...“chest cold.”
When you have a cold, your body creates more mucus to both remove the infection and protect it from other bacteria and viruses. Coughing helps remove that extra mucus from your lungs and throat.
With a head cold your body creates extra mucus to flush germs out of your nose and sinuses. This extra mucus (aka snot) causes the veins in your nose to become inflamed and swollen. This interferes with the sinuses’ ability to drain, causing mucus buildup and that congested feeling. The pressure causes pain in your forehead, between or behind your eyes and in your teeth.
Is it a cold or the flu? They have many of the same symptoms, so it's can be almost impossible to tell the difference. Cold symptoms are usually milder and you’re more likely to have a runny or stuffy nose. Flu symptoms are usually stronger, develop quicker and are accompanied by headaches, fever, chills and aches.
There is no cure for the common cold and without treatment healthy people usually get over it in 7 to 10 days. Flu symptoms should go away after about 5 days, but you may still have a cough and feel weak a few days longer. All your symptoms should be gone within 1 to 2 weeks. With treatment, you will usually get over a cold in 7 to 10 days and flu symptoms should go away after about 5 days.
So, for the past several days I have done nothing but sleep, look at a few chess games and sleep some more. At least the days are gone when I had to slug it out and go to work feeling bad.
With so many cold viruses out there, it’s highly unlikely that scientists will ever find a cure. There is little evidence to suggest that taking large amounts of Vitamin C will actually help. In times past lizard soup, blood-letting, leeches, turnips, plum pickles and chicken soup have all been used to treat colds, but with little success. For anybody that's interested in lizard soup you can try the recipe HERE.
The book I have been browsing is Minev's small book, David Bronstein, Fifty Great Short Games.
IM Nikolay Minev (1931-2017) should have been a GM. He was born in Ruse, Bulgaria and didn’t take chess seriously until he was 15 (1946), but made quick progress tying for first in the 1951 Bulgarian Championship. He lost the playoff, but won the title in 1953, 1965 and 1966.
In 1983, Minev and his wife were supposed to return to Bulgaria, but tired of living under communism, they defected and after a short stay in Vienna, they ended up living out of touch with most of the chess activity by settling in Seattle, Washington. He did a lot of teaching in Seattle and one of his pupils was two-time Washington State Champion Bob Ferguson who also happened to be the state's Attorney General.
One of the games in the slim 96 page book is Bronstein's hammering of the Estonian champ (1970, 1975, 1977, 1983 tie, 1984, 1985 and 1987) IM Hillar Karner (1935-2017, 81 years old).
One of the other things I've been tinkering with is publishing games using Fritz 17, so let me know what you think.
Posted by Tartajubow at 9:40 AM