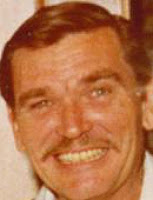 George William “Bill” Church Jr., who guided the growth of Church's Fried Chicken beyond San Antonio, Texas and transformed it into one of the largest chicken fast-food chains, died Feb. 7, 2014 at age 81 in Austin, Texas from a lingering illness after breaking his hip the previous year.
His father, George W. Church Sr., opened his first restaurant near the Alamo on April 17, 1952, called Church's Fried Chicken-To-Go. The elder Church died in 1956.
Family members took over company operations and in 1962, when the chain ran eight San Antonio restaurants, son Bill Church Jr. took over as the top executive, eventually building into a national Fortune 500 company.
Bill Church Jr. was called an inventor, a motivator and an innovator who developed the cooking equipment and the stainless-steel shop he operated.
The first Church's restaurants usually had 15 to 20 people lined up at each window for take-out chicken orders that sold for 49 cents for two pieces and a roll. In 1965, Church and older brother Richard developed a marinade that could be made at each store instead of a central location, allowing the company to expand and begin franchising the chain. That same year, J. David Bamberger, a former vacuum cleaner salesman, joined the company to oversee the franchising effort.
By 1967, Church's restaurants were in five other Texas cities, and in 1968 operated 17 restaurants. The expansion philosophy was to place Church's restaurants in poor urban neighborhoods where Kentucky Fried Chicken did not operate. Church's Fried Chicken was incorporated in 1969 and became a public company. By the end of that year, it had more than 100 restaurants in seven states.
Strong growth in the 1970s made Church's the second-largest fried-chicken fast food chain behind Kentucky Fried Chicken. Financial World magazine ranked Church's Fried Chicken as the nation's No. 1 growth company for several years in a row. The company began international operations in 1979.
In 1980, Bill Church Jr. resigned as corporation chairman, replaced by Roger Harvin, who had been a childhood friend of Church.
In 1989, Church's Chicken was acquired by Al Copeland, founder of Popeye's Famous Fried Chicken. However, Copeland Enterprises declared bankruptcy in 1991, and creditors formed America's Favorite Chicken Co. Inc. to be the parent company of the Church's Chicken and Popeyes chains.
AFC sold Church's Chicken to Arcapita, an Islamic venture capital firm, in 2004. A San Francisco private equity firm, Friedman Fleischer & Lowe, purchased Church's Chicken from Arcapita about five years later.
After leaving the company, Bill Church Jr., who enjoyed the study of physics, invested in alternative energy research and pursued his hobbies. He was an accomplished and passionate golfer and a rated Class A (Elo 1800-1999) chessplayer.
He was a founding member of Troon Golf and Country Club in Scottsdale, Arizona. Although Church had spent much of his time since 1980 in Phoenix, Ariz., he had other residences, including one in Austin, where he lived for about a decade before his death. He moved to Austin in order to be close to his family and according to his grandson, taught him to play chess.
In 1972 Church sponsored an international tournament in San Antonio that included, European and Soviet grandmasters pitted against grandmasters and masters from the Americas.
While Fischer did not play in the tournament, he did visit it along with Anatoly Karpov and Tigran Petrosian. Also present was an Expert (Elo 2000-2199) named William Scott, a well-known Atlanta, Georgia publisher and important figure in Atlanta chess who was visititing the tournament.
There was a crowd of people surrounding Fischer asking for his autograph and Scott handed Fischer a program and asked him to sign it. As Fischer was signing, Scott told Fischer that they had both played in the U.S. Open in 1956 where Scott had finished ahead of him. Fischer handed the signed program back then got snarky and said, “Oh yeah. Well what’s your rating now?” Scott mumbled something about being only an expert and Fischer replied, “Um huh,” turned to walk away.

Out of all the great games played in this tournament this game, Kenneth Smith against Larry Evans, features Smith playing his very own Smith-Mora Gambit. The game also shows why openings like this should not be played against Grandmasters. Evans easily takes control of the game and it's interesting to watch how effortlessly he does it. Watch how his pieces, one at a time, spend a couple of moves setting up conditions for the invasion of the next piece.

Posted by Tartajubow at 6:16 PM