Salvaging a Draw from a Hopeless Position

…or Knowing When NOT to Trust an Engine.  In a recent correspondence game I reached the following position as Black: 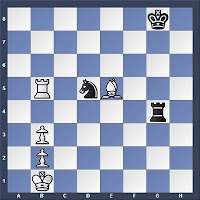 It should be fairly obvious that Black is lost.  Houdini suggests that the position favors White by about one Pawn but it is probably won for White with correct play so should be a lot more than one P. However, here I began asking what would happen if you removed the minor pieces?  With just R’s on the board the game is easily won for White because my K is so far away as to be useless. Any elementary endgame book will show that if you remove the minor pieces, Black’s K must be at least on the c-file in order to draw.
Then I asked what about if the R’s were off the board?  In the diagrammed position, if you remove the R’s the game is a draw. Finally a plan began to emerge: bring the King closer to the P’s and trade R’s at the right time.  Unfortunately the R trade cannot be forced so if White keeps them on the board he will probably win…eventually.  My hope was that in his haste to force the win he would believe the engine evaluations that after the trade of R’s White still has a large advantage…1-1/2 P’s. 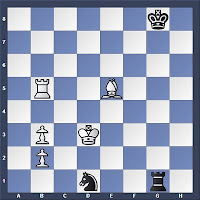 My pieces are too scattered and far from the action. So I selected 41…Nb4 and play continued 42.Kc1 Kf7 Moving the K closer to the P’s. 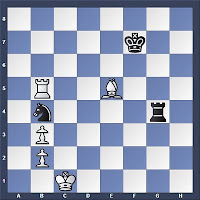 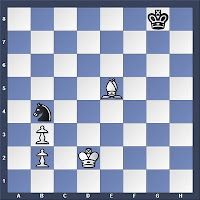 Black could draw IF the K was on the f-file and it was his turn but it’s not so the position is lost.  Back to the game: 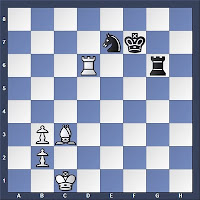 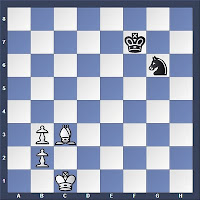 Posted by Tartajubow at 6:12 PM