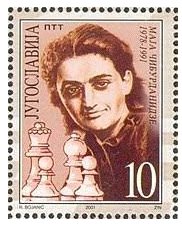 Maya Chiburdanidze (born January 17, 1961) won her first USSR Girl’s Championship at the age of 15, and a year later won the 1976 USSR Women’s Championship.
By then it was pretty clear that she was one of the best female players in the world. She went on to win her first Women’s World Championship in 1978 by defeating Nona Gaprindashvili. Chiburdanidze defended her title four times before being taken down by Xie Jun in 1991.
In 1984 she became the second woman to be awarded the GM title. Chiburdanidze has generally shunned women's tournaments and prefers to play in men's events and her best form was in the 1980s and early 1990s. 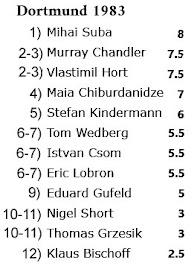 In the following game from Dortmund 1983, by move 22 Chiburdanidze had chased Nigel Short's King from c8 all the way out to b4 after he castled Q-side, but, amazingly, it was still safe and the chances were about even. Then, on his 23rd move Short erred and soon found himself in a mating net
Posted by Tartajubow at 9:11 AM

Vaccines and masks? Forget what "THEY" say. 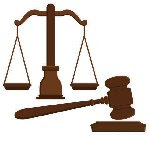 What does the the LAW say?