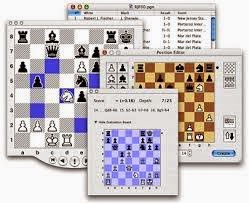 I found this question asked on a forum and the one of the “engine experts” gave his opinion which was based on the number of engines being used (I assume when using Aquarium’s IDeA).  What I found interesting was his evaluation of the strengths of the engines.  One note though: the post was made a little over a year ago and so is somewhat outdated but it gives a general idea of the capabilities of different engines, especially the free versions.


Ivanhoe B46 - like Komodo 5
Deep Rybka 4.1 - it's good
Zappa Mexico II - because of its unique options for solving tactical positions that Houdini 3 "tactical mode" won't solve
Critter 0.90 - good for some endgame analysis and closed position analysis
Deep Fritz 10 - the most "human" engine


Houdini 2.0c is best on short time controls and it prunes lines recognized as bad better than others
Houdini 1.5a - almost as good as Houdini 2.0c
Critter 1.4a - some say it's better in closed positions and good at endgames without tablebases…very fast, but not as fast as Houdini 2.0
Rybka 4.1 is…most balanced one in all kinds of positions
Komodo 4 has original dynamic evaluation of the pieces' activity.
Strelka 5.1 - Very fast and original but with wrong numerical evaluations (for example +1.47 in a += position) which can be trusted only for a suggestion of the best move
Stockfish 2.2 or Ivanhoe 9.. - both good for a second engine
Robbolito 0.10 SMP - good as a second analyzing engine, too. It doesn't use endgame tablebases though
Posted by Tartajubow at 3:05 PM

HOW MUCH FUR DOES A CAT SHED?