If you didn’t know he had one, neither did I until I came into possession of the out of print The Unknown Bobby Fischer by Donaldson and Tangborn.  I love this book! Published in 1999 the book chapters describe his career: The Early Years, 1956-The Big One, 1957-The Big Breakthrough, 1960-1965, Fischer’s 1965 Transcontinental Tour, Articles 70s Simuls-Blitz, Fischer’s Originality-Analysis-Suggestions-Interviews plus 24 photos.  If you can find this book used don't hesitate...buy it!
Bobby's career as a correspondence player is a bit of a mystery. His mentor, John W. Collins, who was a strong postal master and wrote a correspondence chess column for Chess Review, writes in My Seven Chess Prodigies: Bobby never played correspondence chess. Probably the pace was too slow and the dramatic personal confrontation, which is such a large part of the excitement of the game, was lacking. Consulting books while the game was in progress would not be his idea of legitimate chess either. In fact, very few grandmasters, and potential grandmasters, with the notable exception of Paul Keres in his formative years, have cottoned to correspondence chess. This is in contrast to its popularity with experts and lower-rated players who delight in it. Possibly the difference of appeal is due to the reasons just mentioned, to preference for public or private competition, or to causes which are psychological in nature.
Here’s the real story from The Unknown Bobby Fischer:


Actually, Bobby did play in at least one correspondence tournament. The reason Collins didn't know about it is because he first met Bobby on Memorial Day Weekend in 1 956.  By then Bobby's short-lived postal career appears to have either finished or been winding down.
The first indication that Bobby played correspondence chess appears in Legend on the Road. There, on page 12, Donald P. Reithel, who played Bobby during his 1964 simul tour, writes: In 1955 I played Bobby in postal chess - a prize tourney in Chess Review. I remember him as a typical American kid: Brooklyn Dodger fan, somewhat opinionated about school and somewhat desirous to exchange ideas and thoughts. He printed his name in lower case letters, "bobby fischer." He didn't finish the event because he was starting to play over-the-board tournaments.

In a later communication, Reithal added:  A. W. Conger was one of my opponents in [a] Chess Review Prize Tourney . . . [a player named Fisher played in 54-P 38-100] . . . That is the event Bobby Fischer competed in . .
For myself, I discarded many of my early tournament results and no longer have my scorepads covering that period of time. I did have several of Bobby's cards, but they too were tossed out in Spring cleanups. What was interesting about them was that Bobby had notes on all of them covering various subjects.
Our individual game was a King's Indian Defense (I was White) and the game lasted 1 2- 1 5 moves when he wrote me that he was withdrawing from the tourney to pursue a lengthy cross-country trip and series of over-the-board tournaments, which, he said, was his entry toward capturing the world chess title - build skills, gain exposure, make results and earn a reputation. A year or two later he won the U.S. Championship for the first time and he was true to his word.
I did not find his comments to be egotistic, but rather showing youthful optimism and self confidence as to his talent and ability. We shared considerable note exchanges, as I was only a teen myself and I think he related to that, as we had similar interests outside of just chess. I recall responding to his direct statement that he intended to win the world championship and return it to the USA, advising him to complete his education which he would need to handle his affairs during his adulthood.
His response was that I sounded just like his sister and teachers. His follow-up card listed only the moves. But then he responded in a more friendly way to my comments about his note . . .
In all, I found him to be a rather lonesome kid who was trying to find himself and purpose. He no doubt caught the chess bug early and it was a burning fire inside him. Who exactly contributed toward his maturity, I cannot say.
He told me he studying the Bible and I wrote that he might find Rev. Rice and Herbert W. Armstrong and Garner Ted Armstrong's religious broadcasts informative, which he apparently checked out, as he later became interested in the latter's Worldwide Church of God.
. . . I found him to be a nice, normal kid with a lot of dedication to chess, but also having interests that all kids seem to share. He was a Dodger fan and I a Yankee fan. Maybe that it is why we hit it off. Anyway, I followed his career and was most pleased that his youthful dream was fulfilled.

AI Horowitz's Chess Review was one of the major organizers of correspondence tournaments in the 1950s. The record is spotty, but it appears Bobby played in a Prize Tourney section during 1955 and 1 956. The May 1955 issue of Chess Review, on page
159, lists an R. Fischer under new postalites, assigning him a Class B (1200) rating. The piece mentions that newcomers to postal chess are "rated" on their estimated ability with Class A running from 1300 on up.  Class B was from 1000-1298. Note that the postal ratings were about 500-600 points lower than over-the-board USCF ratings at the time.
Postal ratings appeared in Chess Review approximately twice a year. The August 1955 issue (p. 252) lists a B. Fischer at 1198. Later he drops to 1082 in March 1 956. The August 1956 issue again lists him at 1082 which suggests that he was no longer active.
The following game is the only correspondence effort of Bobby's that we have discovered.  A.W Conger of Pennsylvania was rated 1274 in the August 1955 issue of Chess Review. It first appeared in Zugzwang, the newsletter of the King of Prussia Chess Club which is located in King of Prussia, Pennsylvania, just west of Philadelphia.
Fischer resigned on move 12 after dropping a Pawn, but engine analysis shows his game was still playable but despite what the engine says, it would have been difficult and we know Fischer did not like passive positions.  It’s just a guess, but I suspect he resigned in disgust, being ruled by his emotions rather than hard analysis.

Posted by Tartajubow at 5:54 PM 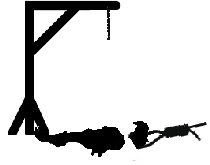