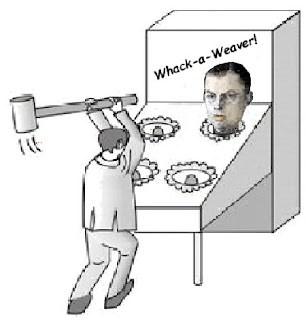 Did you know that the United States’ war with Germany did not end until 1951? It’s true that fighting had ended in the spring of 1945, but it wasn’t until October 24. 1951 that President Truman declared the war with Germany was officially over.
Most Americans assumed that the war with Germany ended six years earlier, but a treaty with Germany had not been signed. Following the Second World War, the major Western powers (U.S., Britain and France) and the Soviets agreed to divide the country, including the capital city of Berlin, into democratic and communist-controlled sectors.
Both East and West Berlin ended up within the Soviet-controlled territory of East Germany and the capital became the epicenter of increasing tensions between the West and Soviet Russia. Each side claimed the other had violated post-war treaties regarding their respective spheres of influence in post-war Europe.
The conflict over Berlin came to a head in June 1948 when Stalin ordered a blockade of the city and President Truman ordered an airlift to supply the western sectors with food and fuel. The treaty process was put on hold until the Western powers could agree on what to do about Berlin.
In his proclamation on October 24th, President Truman stated that it had always been America’s hope to create a treaty of peace with the government of a united and free Germany, but that Soviet policy had “made it impossible.” Thus, the official end of the war came 10 years after Congress had declared war with Nazi Germany on December 11, 1941. President Truman also famously fired General Douglas MacArthur in 1951.
In 1951 Americans were listening to Cry by Johnnie Ray, Too Young by Nat King Cole and Because of You by Tony Bennett and going to the movies to watch Quo Vadis, The African Queen, Strangers on a Train and An American in Paris.
Alfred "Teen" Blackburn (April 26, 1842 - March 8, 1951) died. He was the last Confederate civil war veteran and a former slave.
In baseball Eddie Gaedel (June 8, 1925 – June 18, 1961) made his only appearance in Major League Baseball when St. Louis Browns owner Bill Veeck, in the first inning of the second game of a double header against the Detroit Tigers, had him appear in the bottom of the first inning as a pinch-hitter for leadoff batter Frank Saucier.
The 65 pound, 3 foot 7 inch Gaedel walked on four pitches. Umpire Ed Hurley called for Browns manager Zack Taylor and asked to see Gaedel's contract and a copy of the Browns' active roster, which was duly presented to confirm the legitimacy of Gaedel’s status. Once that issue was cleared up, Gaedel was replaced by a pinch-runner.
Gaedel’s contract was voided by the American League president the next day and so Gaedel went into the history books as the only little person to have ever played Major League Baseball.
There’s an interesting anecdote about country singer Hank Williams, Sr. He intentionally left his money clip behind at a restaurant. A lady returned it to him and he thanked her, took the money out, pocketed the clip and gave her all the money.
On January 17, 1951 the 7-year old Bobby Fischer burst into tears after dropping his Queen within 15 minutes in a simul game against Max Pavey. This anecdote is pretty well known, but less well known was the fact that 14-year old Edmar Mednis was also participating and drew his game. The other draw was against Sylvan Katske. The only reference to Katske I could find was that in 1971 he was from Connecticut and he had a rating of 1572. He likely died in 1994.
Speaking of Connecticut, the 1950 winner of the New England championship, 22-year old James Bolton (1928-2004), was arrested on March 2, 1951, as Connecticut’s first draft evader under the new Selective Service Act after the outbreak of the Korean War. He believed the law was unconstitutional; it wasn’t and he was sentenced to one year and one day in jail. Bolton went on to become a prominent Master and won the Connecticut championship in 1953, 1957 and 1966.
Milton Hanauer won the Marshall Chess Club championship and Arnold Denker took the Manhattan Chess Club championship. James T. Sherwin, at the age of 17, won the New York state championship. Mary Bain won the US women's championship. Samuel Reshevsky won the Wertheim Memorial in New York. Larry Evans won the US Championship, held in New York.
Problemist Alain C. White, Alain (born 1880) died at the age of 71 in Sumerville, South Carolina on April 23rd.
The April USCF rating list (as of 12-31-50) listed the following top players.

The following game was played in Philadelphia in a match between the Log Cabin Chess Club of West Orange, New Jersey and the North City Chess Club of Philadelphia. Weaver Adams, rated 2383, gets defeated by an unknown opponent who, as far as I could determine was never rated. The game is a real gem and as is sometimes the case, not not simple as you might think.

Scrape Your Eyes With A Straight Razor 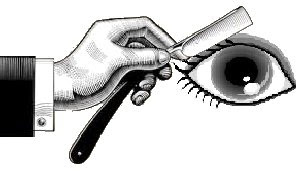 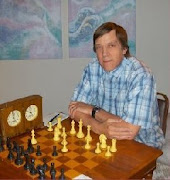